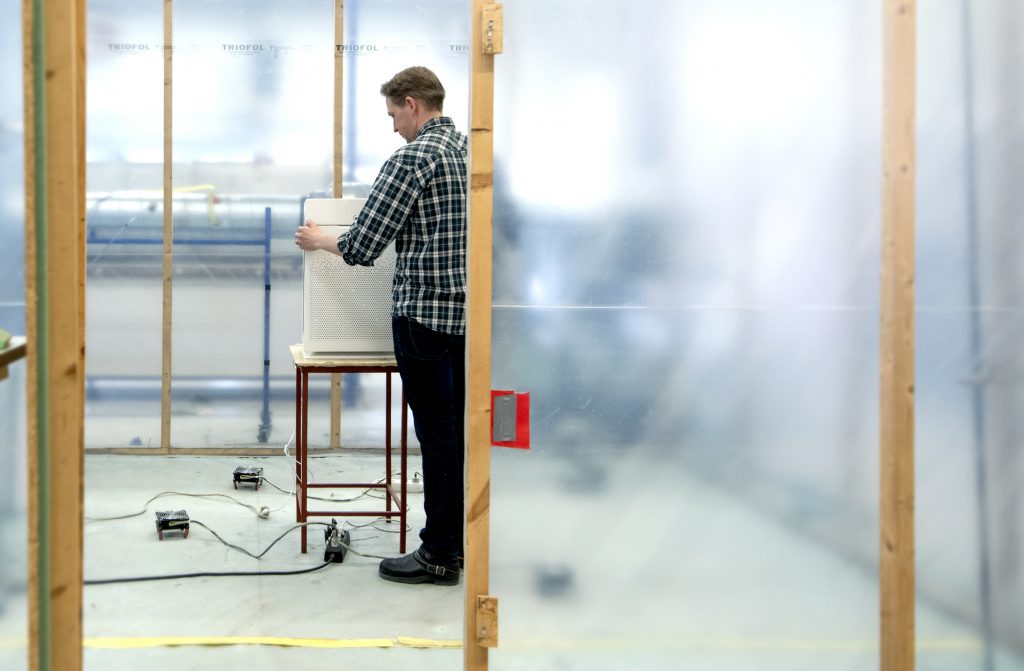 The laboratory sets up the CADR measurements. Photo: Anna Sigge

Go back to 'Best air purifier effective on all settings'

Testfakta Research has conducted a comparative laboratory test of air purifiers for larger rooms on behalf of the Swedish manufacturer Blueair. The purpose of the test is to compare the performance of a representative and comparable selection of air purifiers on the European market.

The laboratory test was conducted by RISE (Research Institutes of Sweden). The test report is based on official requirements and guidelines and was drawn up in consultation with the laboratories involved.

The sample was chosen by Testfakta Research and covers models from the biggest brands in the European market. In terms of capacity, the sample represents purifiers with a declared CADR1 of over 350 cubic metres per hour, equating to a room of more than 70 square metres2.

With all the air purifiers in the sample, a mechanical fan draws the contaminated air through various types of filter which remove the particles from the air. Some products also have other purifying technologies such as ionising and a carbon filter.

All the models are current and the sample is representative of the offering on the British, German, Polish, Dutch and Nordic markets. 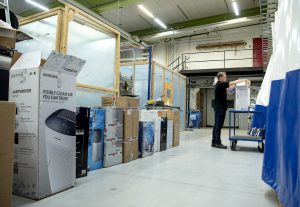 Check of the 13 different air purifiers on their arrival at the laboratory. Photo: Anna Sigge

Measurements at 37 dB, or the nearest level below 37 dB: 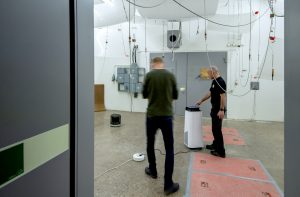 The laboratory sets up the sound measurements. Photo: Anna Sigge 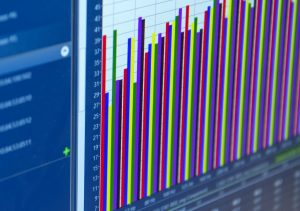 The results from the sound measurements are analysed. Photo: Anna Sigge 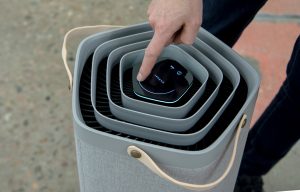 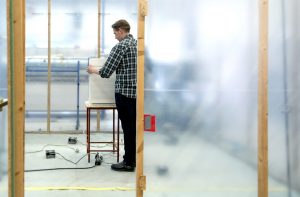 The laboratory sets up the CADR measurements. Photo: Anna Sigge

How many square metres the air purifier is able to clean depends on the cleaning capacity (CADR), tied to how many times an hour the room’s volume of air is processed. According to Asthma Allergy Nordic, an air purifier in a bedroom should process the air in the room twice an hour. A bedroom of 25 square metres with a ceiling height of 2.4 metres has a volume of 60 cubic metres. In order to process this amount of the air, the air cleaning capacity (CADR) should, in this case, be at least 120 cubic metres per hour. If you want the air in the room to be processed three, four or five times an hour (as some manufacturers and retailers recommend), the air purifier needs a corresponding increase in capacity.

The laboratory sets up the sound measurements. Photo: Anna Sigge

In the test, the performance of each air purifier was measured at 37 dB(LWA) and on full power. Before the measurements were taken, the sound level was measured on all power settings to find the power level that produced 37 dB or the nearest level just below that. The power level was adjusted on the air purifier’s control panel or via the appliance’s app. Measurement of the sound level was performed in a controlled laboratory environment, following the international standard ISO 3741:2010.

The measured level of 37 dB equates to around 30 dB at a distance of two metres from the air purifier, which is considered a reasonable distance in a normal-sized bedroom. This assumption is highly dependent on how the room is shaped and furnished, but can be considered reasonable in the majority of typical bedrooms.

Most of the air purifiers have relatively low energy consumption (measured in watts (W) of electricity), but since they are intended to run more or less continuously, this figure remains important. The energy use was measured at the setting that produced 37 dB and on maximum power.

The measurement results from the test have been interpreted and graded in consultation with the laboratory. The grading uses a 10-point scale, where 10 is the best. A grade of less than 6 is only given if the performance is poor or worse than one might reasonably expect for this type of product.