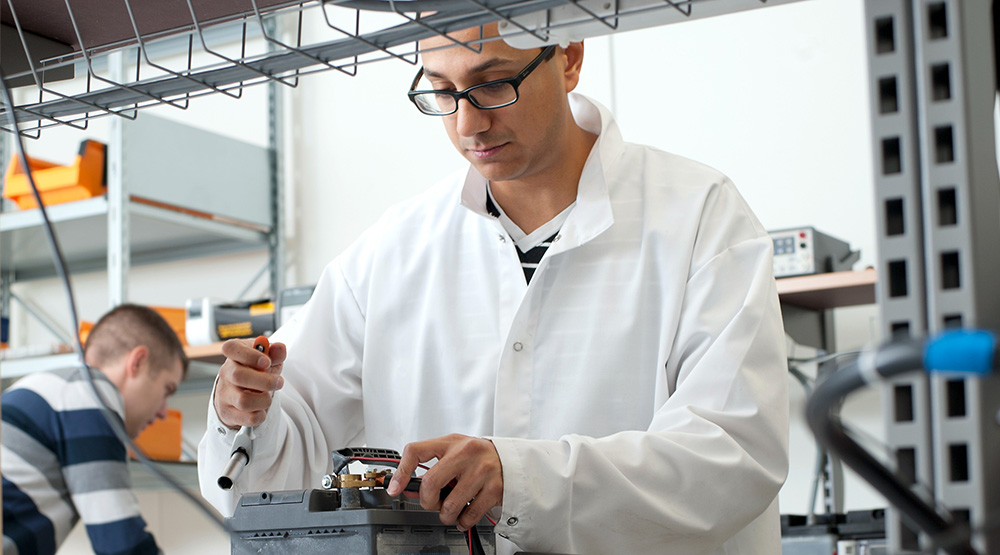 At the start of the new year, we look back at 2022. We have whittled down 4671 total tested products down to nineteen of particularly high quality. These are the products that stood out from our tests during 2022: all the test winners from the past year.

A look at our tests over the past year shows the breadth of products we can test, using the highly specialized accredited laboratories we work with. Here you’ll find everything from fish sticks to high-pressure washers and electric bicycles. 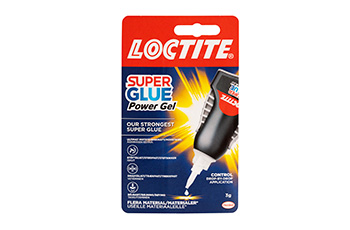 Most households sooner or later find themselves in need of super glue, when suddenly there’s a cracked vase that must be fixed. In our test, Loctite Super Glue Power Gel bonded quickly, dried fast, adhered well to all materials, and required only half as much glue as the worst glues in our September test.

About the test: We commissioned the independent laboratory PZT in Wilhelmshaven, Germany, to test nine different superglues purchased on the Swedish market. The test measured the force required to pull apart glued test pieces of different materials, after different times and after exposure to water, cold and heat. 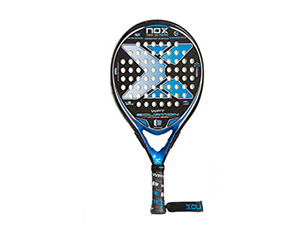 Our March test of padel rackets showed that several rackets from major brands change over time, wearing out and sustaining damage from long-term use. The Equation WPT from Nox was the opposite: it was easy to control and had high comfort, with a durable frame and no impaired function after our endurance test. 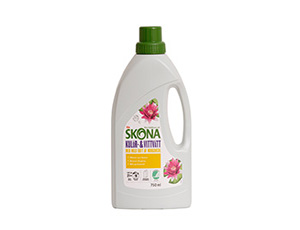 When it comes to stain removal, our lab test found many liquid detergents to be ineffective. However, Skona showed the highest gentleness towards textiles while being the most effective against stains.

About the test: we had the French laboratory Eurofins test eight common liquid color detergents to get a picture of how well they remove stains, preserve the garment’s colors, and the fabric’s structure. A temperature of 40°C and soft water (5 dH) was used. Cleaning efficiency was tested on a total of 14 different types of stains. Color retention properties were tested on a total of 14 different colors. After 20 washes, color changes and fading were assessed using a so-called spectrophotometer. 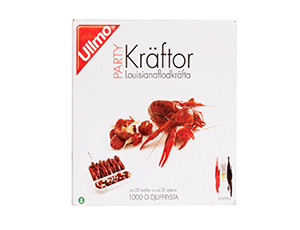 As the crayfish party is a long-standing Swedish tradition, this test garnered much media attention when it turned out that the Swedish crayfish contained much higher levels of PFAS chemicals. Instead, it was the foreign crayfish that showed lower levels, and the Ullmo Lousiana river crayfish from Egypt had the lowest of all.

About the test: We used the Eurofins lab in Lidköping, Sweden to analyze the presence of PFAS chemicals in eight brands of frozen and fresh crayfish sold in Swedish stores. The analysis includes around 50 PFAS substances, including four (PFOS, PFOA, PFHxS, PFNA) which form the basis for EFSA’s guideline values for food.

Test of PFAS in crayfish 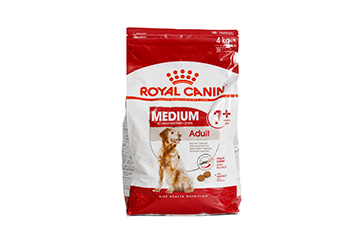 About the test: the independent laboratory Eurofins Food & Feed Testing Sweden carried out the trest. The lab’s analysis includes the following main parameters: energy content, fatty acid composition, carbohydrates, minerals, vitamins, and pesticides. The results were evaluated based on guidelines by dog food expert Øystein Ahlstrøm, professor at the Norwegian University of Environmental and Life Sciences. 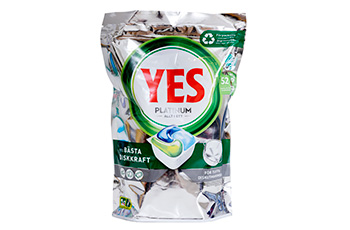 We tested nine different dishwashing tablets against eight types of ingrown stains, in 45-degree water (celsius). By far the best in these tests was Yes Platinum followed by W5 Platinum. One explanation for the fact that platinum products performed well could be that each “tablet” consists of different liquids that are enclosed in thin plastic, which is dissolved by the hot water.

About the test: it was carried out by the independent laboratory SGS Institut Fresenius, Germany. It followed our standard protocol for dishwasher detergents and focused on comparing the cleaning efficiency, gloss, and degreasing properties of a representative selection of comparable products on the market. 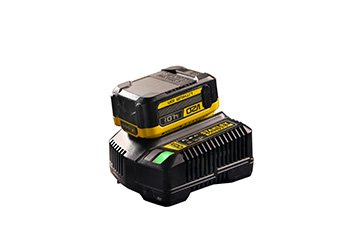 To be a full-fledged home fixer, you need power tools, and they in turn need batteries. Our test of batteries for power tools showed small differences in battery capacity, however, the price varied quite a bit. The winner Stanley stood out with the shortest charging time and best resistance to impact. It also showed good capacity and endurance.

About the test: we hired the lab SLG Prüf- und Zertifizierungs GmbH in Germany to test eight batteries for home tools from the most common manufacturers. The test consisted of the following steps: battery capacity, battery life, drop test of the battery, handling/usability, and charger. 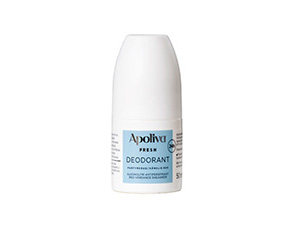 In a test that revealed that a few brands have undisclosed allergenic substances in their deodorants, one deodorant came out very well, namely Apoliva fresh. It had only one allergen in very low concentration, while effectively hiding the smell of sweat.

About the test: carried out at the SGS Institut Fresenius in Germany, the test was divided into two parts: a so-called sniff test of the ability to hide the smell of sweat, performed by a group of 20 people, and a laboratory analysis of allergens.

Just before midsummer’s eve, we decided to test breathalyzers. A majority turned out to be defective and misleading. The one from Dräger was a welcome contrast as it provided exact measurement precision in all test rounds and was easy to handle.

About the test: The Swedish organization Motorförarnas Helnykterhetsförbund has a test laboratory for breathalyzers. We worked with them to analyze ten meters purchased in May 2022. The parameters of the test were: measurement precision and repeatability, depth of breaths, calibration correctness, contamination, manageability, and defects in the product. 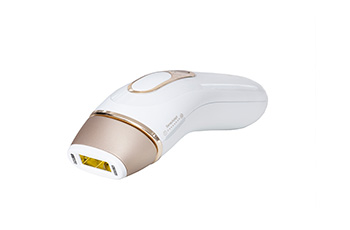 IPL technology uses light to remove unwanted hair growth, but not all devices work as promised. Both our user panel of consumers and professionals agreed that the Braun Silk Expert Pro 5 was the best: a fast-acting and easy-to-use device that successfully plucked the unwanted hairs.

About the test: On assignment from Procter & Gamble, we conducted a test of IPL devices (Intense Pulsed Light) in the premium segment at SGS Fresenius, an independent laboratory in Austria. The aim was to compare Braun Silk Expert Pro 5 quality with comparable IPL products from leading manufacturers. The test was conducted by a panel consisting of 20 women and ten professional experts. The 20 test subjects underwent five treatments with the various devices. We measured hair reduction, user comfort and feel, treatment, and manageability.

Anyone who goes outside in the winter darkness would do well to put on a headlamp, but several tested brands showed rapid power drops that risk the light disappearing. In joint first place came Silva Cross Trail and Lumonite Vector, both with stable light fluxes. Silva stood out with its long battery life and Lumonite with particularly strong luminous flux.

About the test: We commissioned the Hungarian laboratory, LightingLab Calibration Laboratory Ltd, to carry out a comparative test of headlamps. The test includes the following elements: brightness (lumen), battery capacity, brightness change during battery life (lumen), range and strength of the light (lux), the width of the light cone (meters), and brightness (lux) at 10 meters, manageability, resistance to shocks (drop test), and resistance to water (rain test). 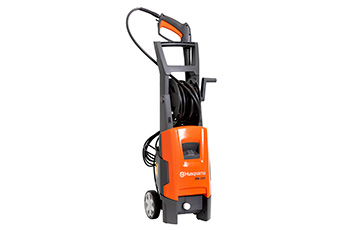 Unlike many pressure washers in our test, Husqvarna’s PW 235 didn’t collapse after the 300-wash endurance test, but it also had a high flow rate (liters per minute) and serious power on the jet.

About the test: We hired the accredited laboratory SLG Prüf- und Zertifizierungs GmbH to test eight simpler models of pressure washers. Before testing, the lab weighs and measure the length of the hose and electric cable and note the indicated power (Watt) and water pressure (bar). The test scope includes the following main points: technical performance, cleaning performance, quality and endurance, ergonomics, and ease of use. 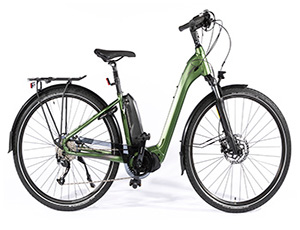 This year we saw general progress among the fresh crop of electric bikes on the Swedish market, mainly in increased range. In the end, Merida’s Espresso scored highest, due to its high-quality feel, good riding position, and damping. It is perfectly suited for easy cycling in an urban environment, with good reach, good riding position, and damping in the saddle and fork.

About the test: carried out by Velotech in Germany, the test compared electric bicycles from the major manufacturers on the Nordic market. Velotech is an accredited laboratory for testing bicycles and they looked primarily at the following aspects: reach and support, brakes, driving characteristics, and technical performance. 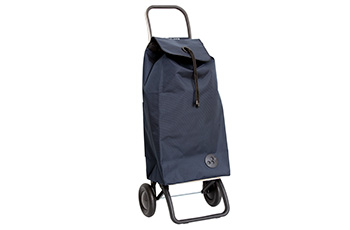 When we tested two-wheeled shopping trolleys for under SEK 1 000, Rolser PG was the winner. It scored high on quality and endurance, as it was without damage after the obstacle course and after 5 000 lifts. It was also one of only two models that dry after the rain test.

About the test: Each cart was packed with common food and household products, with a total weight of 12 kg. The filled carts were pulled for 25 kilometers and at a speed of 4 km/h over a pavement-like drum and lifted by the handle over 5,000 times. Heavy rain was simulated to test the outer shell. Finally, the stability, driving characteristics, ergonomics, closing mechanisms, and the quality of construction and materials were assessed, all by the SLG Prüf- und Zertifizierungs GmbH laboratory in Germany. 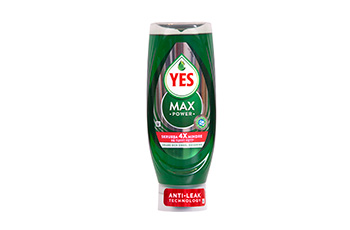 There were vast differences when we set up test tracks with plates of dried dirt and tried nine different detergents. Yes Max Power came out as the winner due to superior efficiency, where it could clean the most plates per milliliter, and also got the cleanest result. 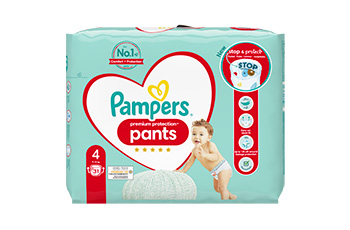 Many parents start with pants diapers when their children start to stand up and maybe take their first steps. Pants diapers often provide a better fit compared to taped ones, as they adapt better to the baby’s shape and movements. In our test, Pampers Premium Protection performed best, as it held tightly in all positions and was dry against the skin, while also breathing well.

About the test: on behalf of Procter & Gamble, we conducted a comparative laboratory test of pants diapers on the Swedish market. The test was carried out by SGS Courtray in France, an independent test and research laboratory. The test has been carried out according to the laboratory’s standard protocol for pants diapers, augmented with tests of the diapers’ softness, absorption rate and protection against leakage in the side position. 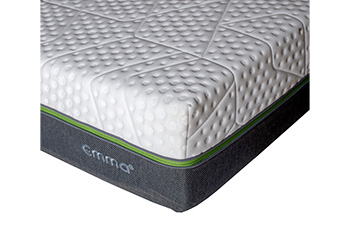 The ergonomic properties are the most important aspect of spring mattresses, and here Emma’s Diamond mattress performed very well in all test stages. It also achieved the requirements for the Testfakta Verified classification in all three weight classes, which means that it provides good ergonomics for both smaller, medium, and larger body types.

About the test: carried out by Research Institutes Sweden in Borås (RISE), among other things, the laboratory subjected the mattresses to 45,000 rollovers with a 140 kg heavy roller to find out how the ergonomic properties of the mattresses are affected over time. Testing went according to our standard protocol for bed tests. 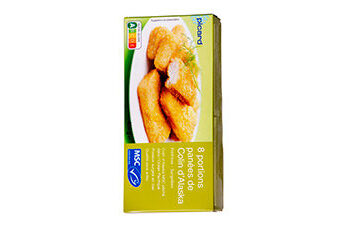 In May, we analyzed the contents of nine different brands of fish sticks, but the test was designed in a way that there could not be a real test winner. Picard’s sticks had the highest fish content, but also by far the most expensive price per kilo. Another lesson learned is that the choice of frying oil is more important than the fish for the content of omega 3 in the fish sticks.

About the test: the laboratory analysis was performed by Eurofins Food & Feed Testing Sweden. The analysis includes species identification of the fish, distribution between fish and breading as well as energy content, fatty acid composition, salt content, and water content.