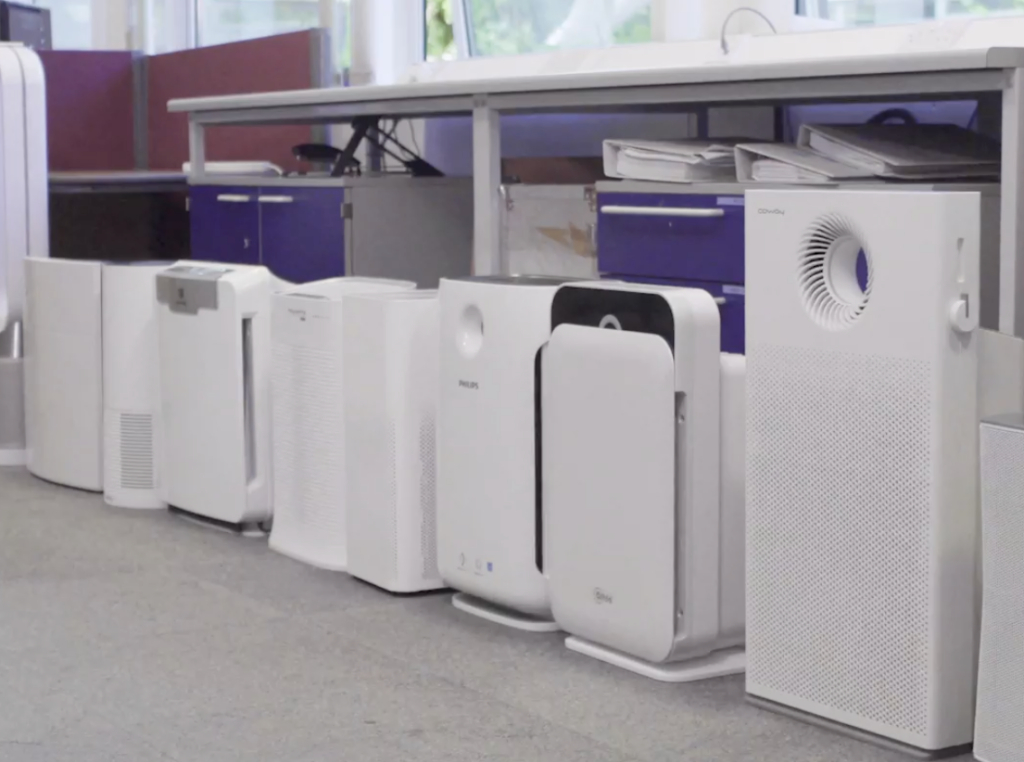 A total of 13 models on the European market have been tested and compared for their ability to eliminate air pollutants and allergenic particles. Photo: Redshift Photography

Testfakta’s laboratory test of air purifiers for medium-sized rooms demonstrates major differences in the capacity to clean the air – despite equivalent performance according to information from the manufacturers. A total of 13 models on the European market have been tested and compared for their ability to eliminate air pollutants and allergenic particles.

Air purifiers are becoming increasingly common in our homes and the range of products on offer is growing rapidly. The manufacturers all make claims about their air purifiers’ performance, often using complex technical terms and abbreviations that are difficult for the ordinary consumer to understand. The lack of a uniform and easily understood way of declaring capacity and performance makes it difficult to compare the products on the market and make the right choice.

On behalf of the Korean manufacturer Coway, Testfakta has tested and compared a selection of 13 air purifiers with a declared capacity for medium-sized rooms, corresponding to 250–350 cubic metres of clean air per hour – known in the industry as CADR (Clean Air Delivery Rate).

The tests were performed in line with a standardised methodology at two independent laboratories in the UK – SGS IBR and Intertek. The focus was on the air purifier’s capacity to remove allergenic particles such as pollen and fine dust from the air. The measurements were taken when the air purifiers were running on maximum power and on the power setting that does not produce any disturbing noise. 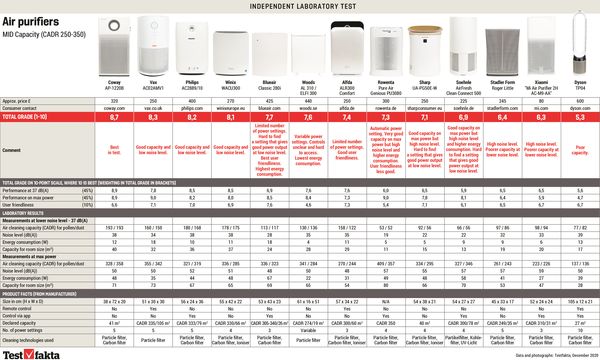 According to guidelines from Asthma Allergy Nordic, an air purifier should be able to clean the air in a room at least twice an hour. For a medium-sized room of 50 square metres, with a ceiling height of 2.4 metres, a machine would therefore have to have a capacity of at least 240 cubic metres of clean air per hour. Bearing in mind that an air purifier is often used in a bedroom, it is important that it can supply clean air at a noise level that does not disturb sleep. According to WHO, the limit for disturbing background noise is actually down at 30 dB, which equates to the sound of a gentle breeze. In our measurements, we used a noise level of 37 dB as close as 1 metre from the air purifier, which corresponds to around 30 dB at a distance of 2 metres.

“Most of the air purifiers have stepped power settings, which means that we had to measure at each step to find the setting that produced 37 dB or the closest figure below that,” says Stephen Higgins, an engineer at Intertek. “On max power, the noise level differed by a little over 10 dB. That may not seem like much, but in reality it represents almost a doubling of the perceived noise level. An air purifier running at around 60 dB therefore sounds twice as noisy to our ears, compared with one running at 50 dB.”

Despite similar capacities on paper, the test revealed major differences in air cleaning performance. The better air purifiers managed to produce 170–180 cubic metres of clean air at 37 dB, which is considerably more than the worst was able to manage on maximum power and at a noise level of almost 50 dB.

The capacity to remove particles is governed largely by the surface of the filter, which explains why the filters are pleated like an accordion. However, the type of filter also plays a role. In addition to some form of HEPA filter, certain manufacturers also use activated carbon to remove gaseous substances and smells or ionising technology that makes it easier for the filter to trap the particles.

“In the air cleaning test, we used both dust and pollen to cover a broad spectrum of particle sizes with different properties. The smallest particles measure as little as 0.5 micrometres and correspond to fine dust or air pollution in an urban environment. In the results, we can see quite clear differences in filter technology, with some brands having more difficulty trapping the smaller particles,” explains Simon Harkis, Laboratory Manager at SGS IBR.

Four brands in particular perform better than the others – Coway, Vax, Philips and Winix. The best overall is Coway, thanks to excellent performance with dust and finer particles, both at 37 dB and on maximum power. 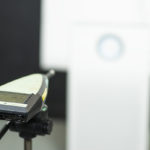 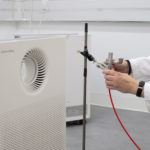 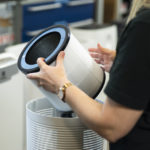